I love to ride roller coasters. The hair-raising speed, the sudden drops you feel in the pit of your stomach, the hair-pin turns—they all combine to make for one thrilling ride.

If roller coasters are a little too intense for your taste, you might want to give a Helter Skelter a try. 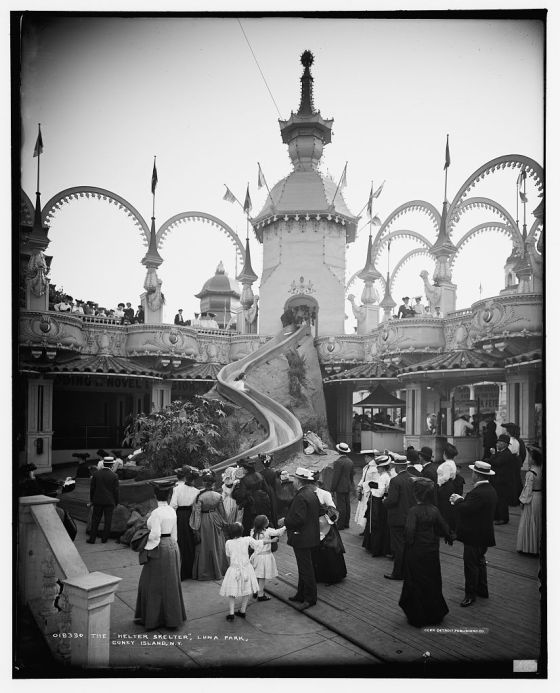 The Helter Skelter at Coney Island, New York in 1905

Helter Skelters are slides built around a central structure. Instead of modern mechanical gears and pulley systems, they rely on gravity to give riders a smooth, twisting-turning trip to the ground. Inside their central structure is a staircase; riders climb the stairs to their highest point where they emerge from the structure at the top of the slide; then they sit down on a mat, or take a seat on a sled, and ride the slide to the ground.

Helter Skelters aren’t exclusive to America. The photograph below, found at I Love the British Royals, shows the future King George VI riding a Helter Skelter at Wembley Exhibition in London, 1925. 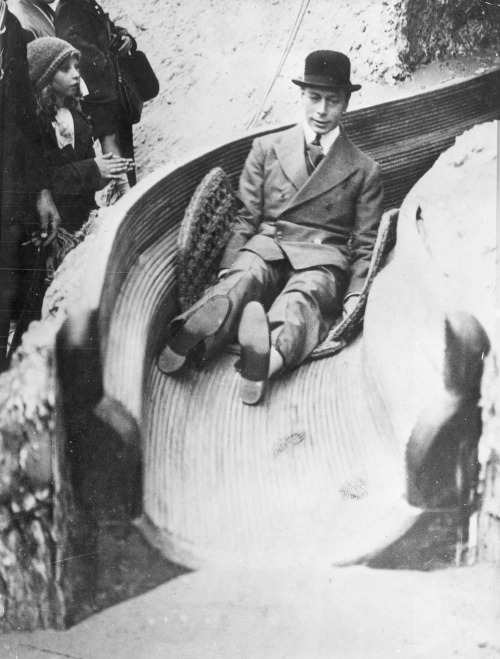 The future King George VI on a Helter Skelter at Wembley Exhibition, London, 1925.

The image below from 1817 shows a man with two masked revelers at the base of a Helter Skelter slide, with twin tower structures in the background. 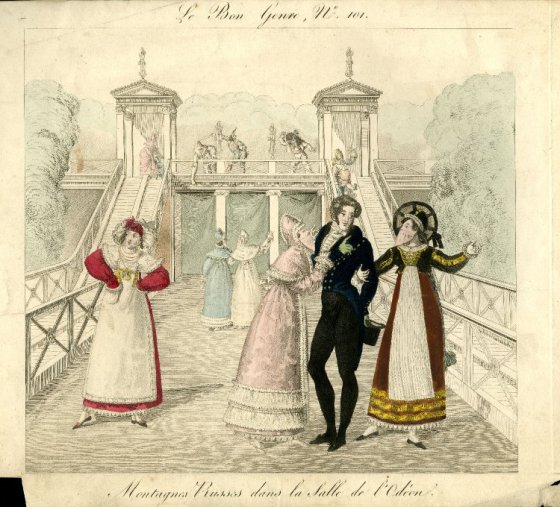 A gentleman and two masked revelers at a Helter Skelter slide; 1817.

And the following 1816 image depicts two ladies and a gentleman watching riders descend a Helter Skelter. 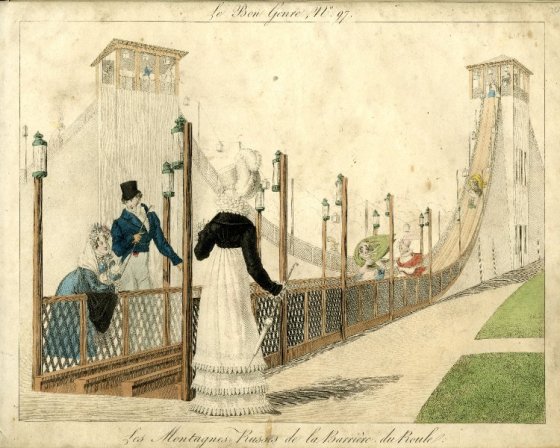 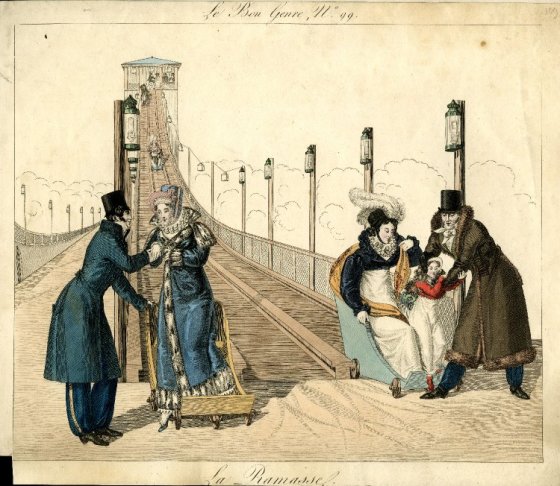 Riders completing a turn on a Helter Skelter slide.

Some Helter Skelters were rather elaborate. The 1816 image below shows a Helter Skelter with dual slides that take deep turns—certain to thrill the era’s most adventurous riders. And with a starting point four stories high, riders probably reached some impressive speeds on their way down. 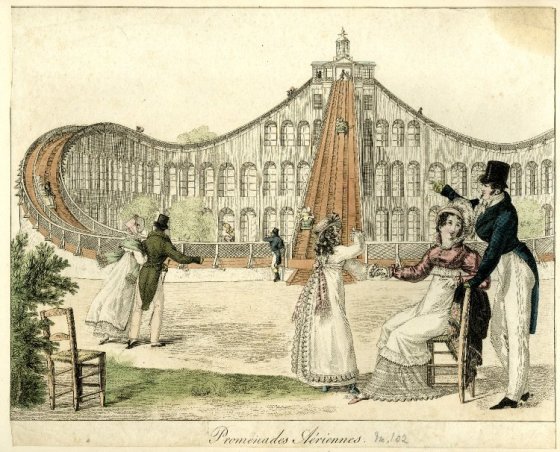 Given my love for roller coasters named Goliath and Intimidator, I feel a special kinship with the Regency era ladies and gentlemen who dared to take a turn on a Helter Skelter. It looks like the kind of fun I like!