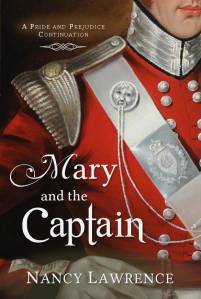 Mary and the Captain

In this Pride and Prejudice continuation, Jane and Charles Bingley plan a quiet family Christmas with Kitty and Mary Bennet. But everything takes a wrong turn when Caroline Bingley invites her brother Robert and her best friend Helena to the party. Determined the two shall wed, Caroline never dreams that her dashing brother Robert might develop feelings for shy, awkward Mary. Can Caroline drive a wedge between them, or will Mary achieve her heart’s desire? 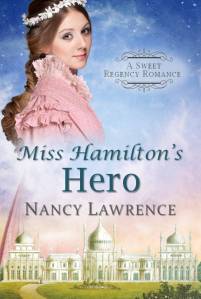 When Miss Penelope Hamilton is sent to live with her grandmother, the fashionable Mrs. Kendrick, Pen’s carriage is held up by the most wanted highwayman in all of England. But that’s just the beginning of adventure for Pen, for she soon discovers that Mrs. Kendrick’s magnificent estate is not what it seems…and neither is her serious and handsome step-son, Owen. For Owen is keeping a secret that will soon impact Pen and her grandmother, unless Pen can find a way to earn Owen’s trust … and win his heart in the process. 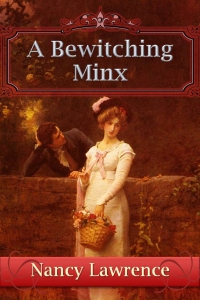 A short story, set in Regency London. Since the moment Lord Sebastian Byefield’s pretty new neighbor moved in, he hasn’t enjoyed a single night of restful sleep. He blames her for the unearthly sounds that keep him awake at night and sour his mood during the day. But when he finally meets her one crisp autumn afternoon, she is nothing like he imagined she’d be.

Miss Amelia Merriweather, the free-thinking new resident of the townhouse next door, is rescuing her kitten from a tree when she meets Lord Byefield. She’s pleasantly surprised to find he is just as handsome as he is serious . . . and that he’s just as puzzled as she is by the source of the ghostly noises that keep her awake every night.

The only way they’ll ever solve the mystery is to join forces and search together for the cause of those sinister sounds. Of course, their search would go much smoother if Amelia’s kitten didn’t keep getting in the way. It’s almost as if the impish little kitten were possessed of a matchmaking spirit intent of bringing Sebastian and Amelia together. 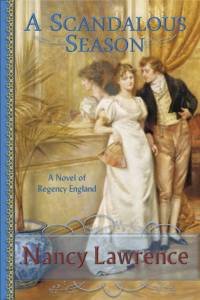 Headstrong Lady Eleanor Chilton is determined to marry a country gentleman of her own choosing. But when her father insists that she have a London Season, she resolves to be so disagreeable, no man will even dance with her. Her icy demeanor and unpleasant words soon repel every dandy who makes her acquaintance – Including Sir Andrew de Ardescote, London’s most sought-after bachelor.

Sir Andrew is not used to being snubbed, and he doesn’t take to it kindly, even though the contrary young lady is quite the loveliest creature he’s ever met. He’ll have his revenge: A simple wager with friends that he will be the first to melt the icy young maiden’s heart with a kiss.

As he sets about charming Lady Eleanor to fall in love with him, it isn’t long before Sir Andrew realizes he may be the one in danger of losing his heart. 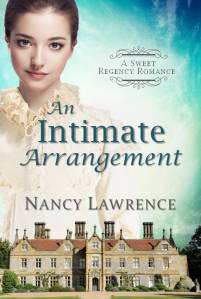 Young Marianna Madison is feeling the weight of her responsibilities. She has no money with which to support her young brother and her aging, old nurse, and she has virtually nowhere to live. Unexpectedly, in a stroke of good fortune, a distant uncle bequeaths upon her a small estate that is almost a mansion! Marianna and her small family immediately take possession of the estate, only to find it hasn’t been lived in for years and is in need of a great number of repairs. Marianna’s good fortune quickly turns when her new home is invaded by a stranger who claims he’s the true owner!

Major Rick Beauleigh only wants a quiet place to live, where he can recover from his harrowing experiences of war and allow his wounded body to heal. Instead, he finds the estate he purchased is already occupied by a headstrong young woman who refuses to leave. With military precision, Rick is prepared to wage battle with Marianna for his right to claim ownership of the estate. But very soon, Rick realizes that neither of them have anywhere else to go . . . and even if he did, he couldn’t leave Marianna. Not after she’s worked so hard to make the old place a comfortable home for her family and for him. A home where he can picture spending the rest of his life . . . with Marianna. 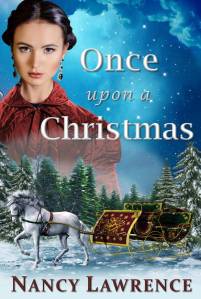 Once Upon a Christmas

Miss Nerissa Raleigh isn’t interested in finding a husband, but she’s in desperate need of a hero! She has written a Gothic romance and it’s her dearest Christmas wish to see her book published. If she can support herself as an authoress, she’ll be saved from having to make a loveless marriage as her sisters have before her. But the publisher won’t buy her book until she makes the story’s hero more dashing, daring, and fearless. Nerissa needs a real-life example, a patterncard of a hero. But where can she find such a man in the beau monde?

She finds him driving his curricle in a neck-or-nothing fashion through the streets of London. Handsome Breck Davenant is a wealthy, undisputed leader of fashion and a confirmed bachelor. Breck has no intention of serving as the model for Nerissa’s romance nor is he willing to listen to her absurd notions of heroes and love. When Nerissa assures him she’s interested only in his hero-like qualities and not at all in him as a man, he’s appalled . . . and intrigued.

Before long, Breck is driving his curricle at hair-raising speeds through London with Nerissa by his side. In a Yule season filled with festivities, Breck’s amusement over Nerissa’s romantic notions slowly turns to love. He wants her for his wife, but first he’ll have to prove himself a real hero by capturing her heart. 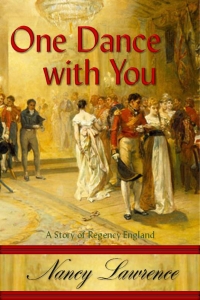 One Dance with You

A romantic short story set in Regency London. At twenty-eight, Miss Helen Worth is on the shelf and stranded at the altar by a man she didn’t choose. Never one to follow convention, Helen puts a brave face on her humiliation and defiantly sallies forth into society—and discovers love in the one place she never expected to find it.

Edmond Manwaring had always loved Helen Worth—he was infatuated with her even as a boy. Now that he’s a grown man, every other woman he meets pales beside his memory of Helen. He’s determined to discover if Helen is truly as warm-hearted and beautiful as he remembered, or was she just an ideal woman born of his childhood imagination? Edmond thinks he’ll find the answer to his question as soon as he renews his acquaintance with Helen. All it will take is one dance with her and he’ll know for certain. 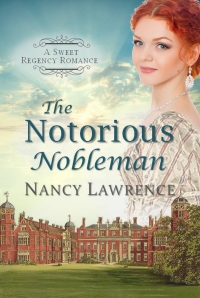 A Short story set in Regency England. When prim and proper Lady Julia Pettingale seeks shelter from a thunderstorm in an abandoned cottage, she never dreams that a handsome stranger might do the same. And when she discovers that the appealing rake is none other than the notorious Duke of Warminster, she’s intrigued to discover whether the rumors of his scandalous behavior might be true. A few hours spent alone in the company of that handsome blackguard could mean the ruin of Julia’s reputation … or the transformation of the Duke’s black heart. Will the emotional lightning that strikes them change their lives? 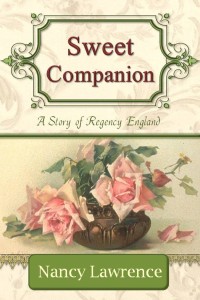 A short story, set in Regency London. When an all-too-serious lord fears his elderly mother’s saucy new companion is not quite a lady, he’ll do anything to protect his mother’s health and happiness.

Olivia Charteris is only trying to be a loving friend to elderly Lady Granfell. She agrees to move in and do what she can to restore the frail woman’s health. In fact, Olivia’s knowledge of herbs and natural cures is already starting to make a noticeable difference . . . to everyone but Lady Granfell’s son. The beastly Lord Granfell rarely visits his mother and Olivia forms an instant dislike of the man . . . until she sees for herself how concerned he truly is for his mother’s welfare. Before long, unpredictable, romantic Olivia finds herself besotted by a practical and logical lord.

Antony St. John, Earl of Granfell doesn’t trust the young woman who has taken up residence in his mother’s home as her companion. In his opinion, Miss Olivia Charteris is simply trying to fleece his mother of every penny in her purse, while filling his mother’s head with preposterous romantic notions. Worse yet, she leaves his emotions in turmoil every time her eyes meet his. There’s no room in his well-ordered life for Olivia and her romantic notions. Or is there?

10 thoughts on “My Current Books” 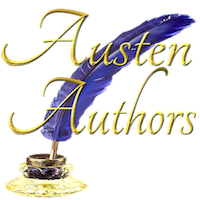