When I first began reading Jane Austen’s and Georgette Heyer’s novels, the pianoforte seemed to be the musical instrument of choice for every Regency era heroine.

Jane Austen often equated a woman’s ability on the pianoforte to her overall value to society as an “accomplished woman.” In her novel Pride and Prejudice here’s how Caroline Bingley described Miss Georgiana Darcy: 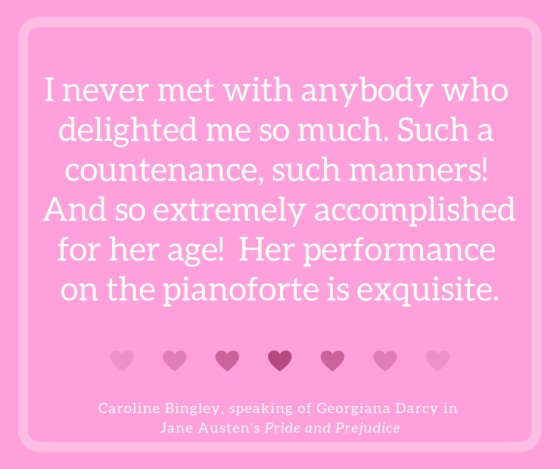 The harp was another instrument mentioned in Austen’s novels, but with much less frequency; once again, Caroline Bingley mentioned the harp in regard to Georgiana Darcy:

“I am delighted to hear of her improvement on the harp.”

Author Georgette Heyer, who wrote her novels set during the Regency over one hundred years after Austen, also wrote about female characters who played the pianoforte. She also mentioned harps in her stories but usually for comic value, such as when a male character complained about a woman “twanging” away at a harp.

In recent years I’ve come to learn that there was another musical instrument that was just as popular—if not more so—than the pianoforte and the twanging harp: The guitar.

Lady with a Guitar, by Francois Xavier Fabre

I’ve found quite a few portraits of people—women and men—who lived during the Regency era and were memorialized with a guitar.

I find this so interesting, mainly because I always associated guitars with twentieth century America. Say the word guitar and I think of a cowboy strumming “Home on the Range” while sitting with his fellow cowpokes around a campfire. I never really thought of the guitar being prevalent in the early nineteenth century, and I certainly never thought of it being English. 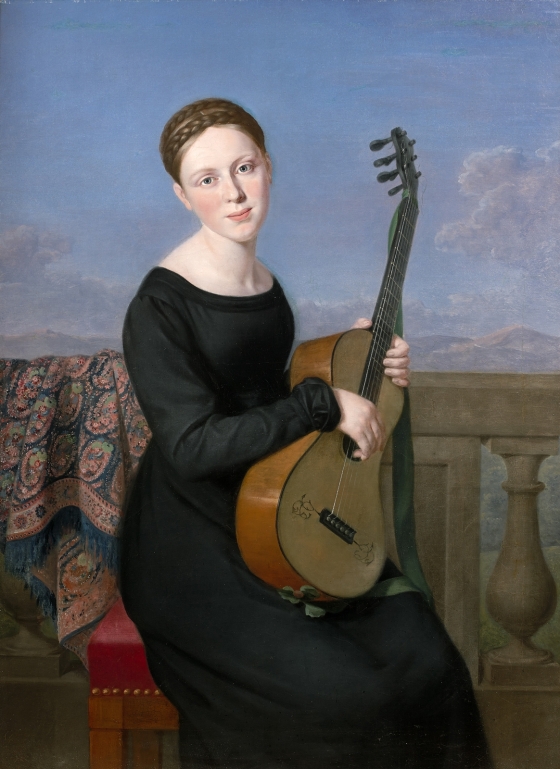 Another instrument that’s often featured in portraits of the time is the lyre. Unlike the guitar, the lyre makes sense to me, given that a majority of the early Regency years were influenced by Greek symbols and stylings.

In this post I’ve shared a few examples of portraits I found, but I’ve collected even more examples on one of my Pinterest boards, and I’d love to have you take a look!

Click here to visit my new Pinterest board, “Musical Instruments in the Regency.” I hope you enjoy it; and be sure to subscribe to the board so you’ll be notified when I add new images. I’m pretty certain I’m going to be posting some more images of guitars and lyres and pianofortes. And who knows? Maybe I’ll come across some other surprising musical instruments to share with you!