I love it when I find some unexpected bit of history while researching a totally unrelated topic. That’s what happened when I was researching famous places in Regency London, and stumbled across a reference to one of London’s most famous and historic spots. 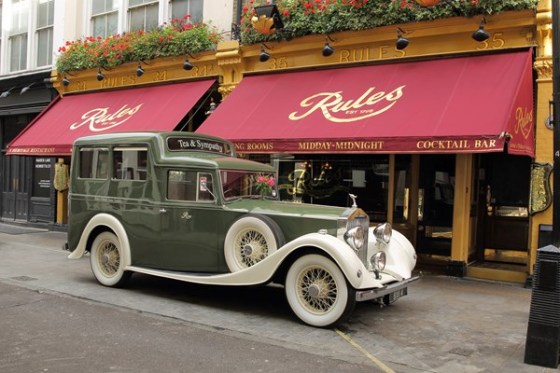 Rules as it appears today.

First established in 1798 as an oyster bar, Rules is still in business and holds the distinction of being the city’s oldest surviving restaurant.

Thomas Rule, who founded the place, bragged in the early 1800s that his “porter, pies, and oysters” attracted the best “rakes, dandies and superior intelligence.”

A plaque outside the restaurant tells the story of Rules’ history.

For more than two centuries since then, the very best of British society have dined, gossiped, embibed, and entertained each other within Rules’ walls—from members of the Royal Family to movie stars Buster Keaton, Charlie Chaplin, and Sir Laurence Olivier.

Literary giants Charles Dickens and HG Wells dined there, too. Rules has even been used as a set for Downton Abbey and the James Bond film, “Spectre.”

A scene from Downton Abbey, shot at Rules.

Perhaps Rules is most famously known as the place where Queen Victoria’s son and heir, the Prince of Wales (later King Edward VII) wooed the beautiful Lillie Langtry.

The Prince frequently smuggled Mrs Langtry up a back staircase to a private room where they could dine alone, far away from prying eyes.

A cozy corner at Rules. I love the diamond-paned windows and rich wood tones of the mouldings.

Rules’ walls are covered with mementos and souvenirs from 200 years of historical events and famous customers. 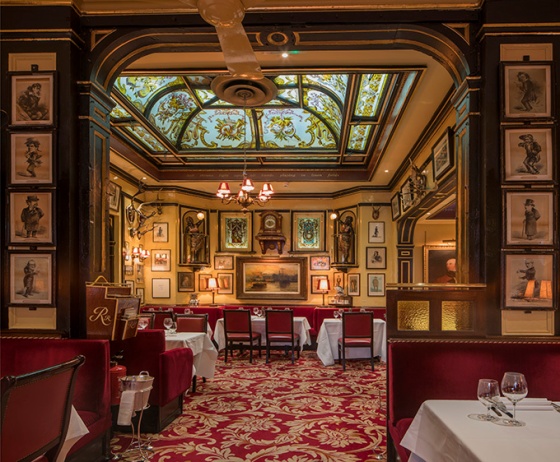 One corner of the restaurant; its walls are adorned with photos, drawings, and caricatures of famous people.

It’s a beautifully decorated restaurant; and despite its present décor that leans heavily toward the Edwardian era, I can very well imagine a Regency gentleman partaking of oysters and porter at one of Rules’ tables. Who knows? Maybe some day, Rules may make an appearance in one of my Regency romances.

You can see more photos of Rules by clicking here.