This was a case that attracted a lot of attention at the time. The parties were:

Mr. Pitter, “a German” who had been a gentleman’s servant; and

Colonel Fitzroy, a man of some renown and, possibly (based on his surname), a man connected to the Royal Family. 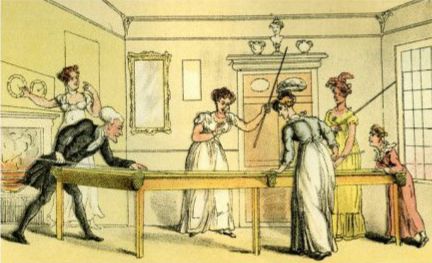 “It appeared in evidence that, on the third of August last, the plaintiff and defendant were at the library at Eastbourn. In this library there was a billiard table. Mr. North (the Bishop of Winchester’s son) and other gentlemen were present.”

Game of Billiards by August Serrure

“The plaintiff . . . played several games with the Colonel.” 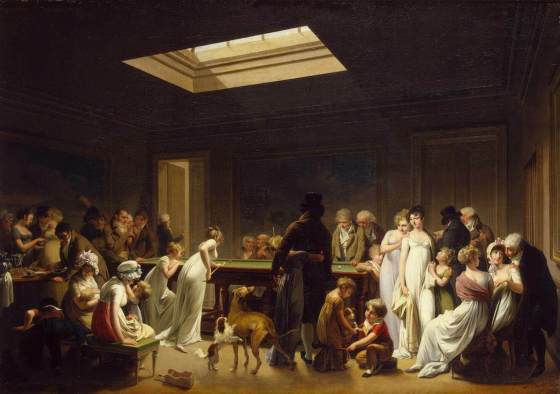 A Game of Billiards by Louis-Leopold Boilly, 1807

“A dispute took place respecting the laws of the game, in the course of which the plaintiff contradicted the defendant.” 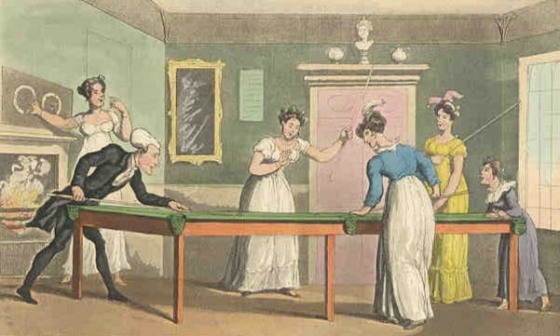 “The Colonel asked him how he dared to contradict a gentleman, and then beat him in so violent a manner, that he was under a surgeon’s hands, and kept his bed for several days.” 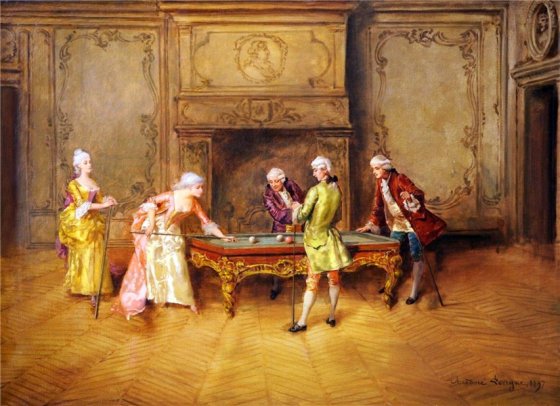 Game of Billiards by Theodore Levigne

“The defence to this action was that the plaintiff had used very provoking language to the defendant, and that he had brought the assault upon himself by his insolent behaviour.”

“The learned judge of the court lamented that gentlemen of fortune and family should play with such men as the plaintiff. If they chose to make any men their companions, and get into scrapes, they must abide the consequences. His verdict: The plaintiff was entitled to a verdict, with reasonable damages. Verdict for the plaintiff—Damages Ten Pounds.” 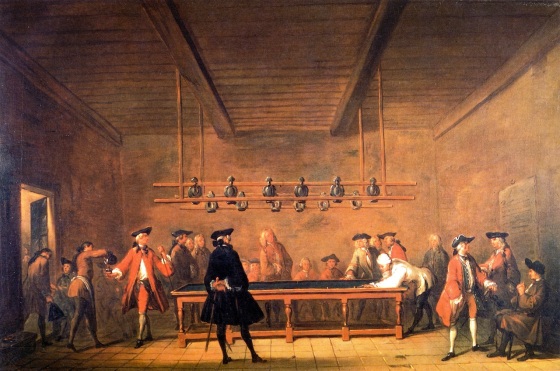 The Billiard Game by Jean-Baptiste_Simeon Chardin, 1725

I love reading accounts like this because they contain so much information about what it was like to live in Georgian England. The story is a compact little primer on societal prejudices, class distinctions, and monetary values in the late 1700s.  I was also intrigued by the reasoning the judge used to reach his verdict.

Who knew a simple game of billiards could have such consequences!