Today is Bike to Work Day in Colorado. In honor of the day, I’m re-reading Frederica by Georgette Heyer.

Reason Number One: It’s a darn good book. I love to read stories in which one or more of the lead characters is redeemed. In Frederica the Marquis of Alverstoke is a reluctant hero. But despite his reluctance, the selfish, entitled nobleman is slowly but surely transformed by of his blossoming love for Frederica and his growing affection for her younger brothers and sister.

Reason Number Two: Frederica—like all of Heyer’s novels—is packed with historical tid-bits about life in the Regency era. It was while reading Frederica many years ago that I first learned that an early form of our modern bicycle made its debut during the Regency.

In Regency England it was called a Pedestrian Curricle or Pedestrian Hobbyhorse; and in the novel, Jessamy (one of Frederica’s younger brothers) learns to ride “the ingenious machine” that was all the crack.

Here’s how Georgette Heyer described the Pedestrian Curricle in Frederica:

Of simple construction, it consisted of two wheels, with a saddle hung between them, the foremost of which could be made to turn by means of a bar. It was propelled by the rider’s feet on the road, and experts could achieve quite astonishing speeds, when, admirably balancing themselves, they would lift their feet from the ground and coast along at a great rate, and to the amazement of beholders. 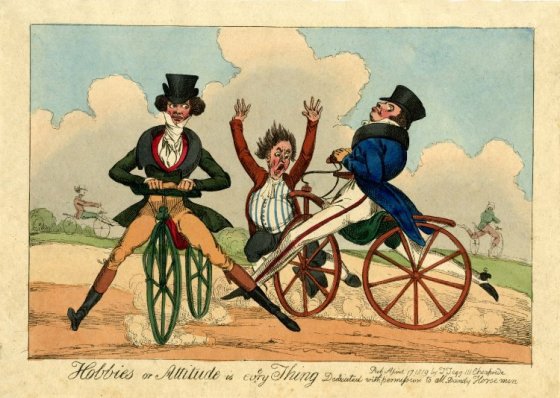 Frederica’s younger brother Jessamy was one of those amazed beholders. Seeing the Pedestrian Curricle in motion for the first time, Jessamy made it his purpose in life to gain the mastery of the new machine and impress his family with his prowess. So he rented a machine, took lessons, and spent several hours practicing his new skill.

In Chapter 14 Jessamy sets off on one last solo ride before revealing his secret skill to Frederica and the rest of his siblings.

Unfortunately, things don’t go as well as planned, and Jessamy finds himself mired in a nightmare situation from which only the Marquis of Alverstoke can save him. What follows is a very sweet scene between Jessamy and the marquis that is one of my favorites in all of Heyer’s novels, because it shows just how much the marquis has changed for the better, without altering his true personality.

I won’t give away any more of the story, except to say that by the end of the novel, I was a little bit in love with the Marquis of Alverstoke myself. So if you haven’t yet read Frederica, I hope you’ll find a copy and read it right away.

And if you have read Frederica before, today might be a good day to re-read it—especially Chapter 14—in honor of Bike to Work Day in Colorado. 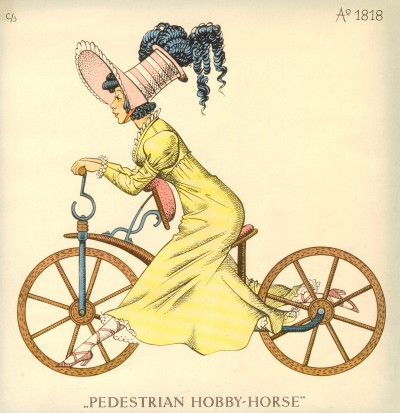 If you’d like to learn more about Regency-era bicycles, check out these links:

The Modern Bicycle and its Accessories; a Complete Reference Book