There’s something about a man in uniform. At least, that’s what the Bennet women believed. And even though Elizabeth Bennet decried her sisters’ obsessions with men in uniform, there was a time when she liked Mr. Wickham in his regimentals more than any other man of her acquaintance.

Arthur Wellesley, Duke of Wellington, in 1815 just before he defeated Napoleon at Waterloo

In Pride and Prejudice Mrs. Bennet led the charge when it came to admiring men in uniform:

“I remember the time when I liked a red coat myself very well—and, indeed, so I do still at my heart; and if a smart young colonel, with five or six thousand a year, should want one of my girls I shall not say nay to him; and I thought Colonel Forster looked very becoming the other night at Sir William’s in his regimentals.” 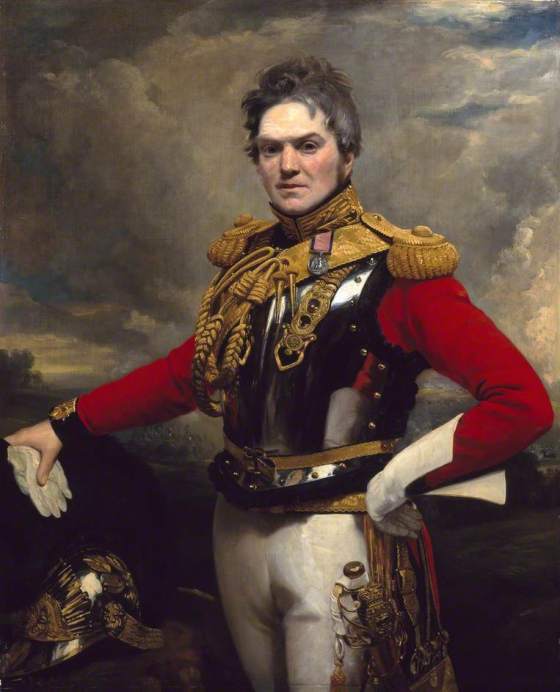 Her youngest daughters joyously followed in her footsteps, chasing after officers and flirting unabashedly with them. Lydia and Kitty Bennet were, in Elizabeth’s judgment:

… ignorant, idle, and vain. While there was an officer in Meryton, they would flirt with him; and while Meryton was within a walk of Longbourn, they would be going there forever.

No wonder, then, that when the Bennet ladies discovered the regiment was removing to Brighton, they were desolate:

The dejection was almost universal. The elder Miss Bennets alone were still able to eat, drink, and sleep, and pursue the usual course of their employments. Very frequently were they reproached for this insensibility by Kitty and Lydia, whose own misery was extreme, and who could not comprehend such hard-heartedness in any of the family.
“Good Heaven! What is to become of us? What are we to do?” would they often exclaim in the bitterness of woe. “How can you be smiling so, Lizzy?”

Their affectionate mother shared all their grief; she remembered what she had herself endured on a similar occasion, five-and-twenty years ago.

“I am sure,” said she, “I cried for two days together when Colonel Miller’s regiment went away. I thought I should have broken my heart.” 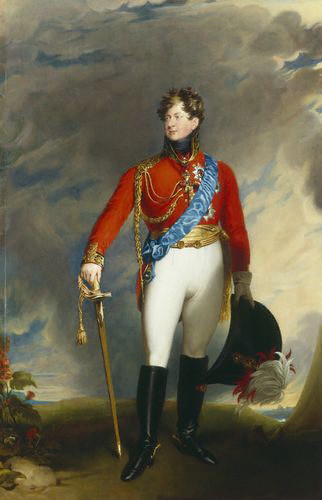 Even the Prince of Wales and future King George IV wore a red coat from time to time, as in this 1815 painting by Sir Thomas Lawrence

With that kind of encouragement ringing in her ears, Lydia was more determined than ever to capture the heart of an officer. And when Lydia was invited to travel to Brighton with the regiment, she had a picture in her mind of what would happen once she got there:

In Lydia’s imagination, a visit to Brighton comprised every possibility of earthly happiness. She saw, with the creative eye of fancy, the streets of that gay bathing-place covered with officers. She saw herself the object of attention, to tens and to scores of them at present unknown. She saw all the glories of the camp—its tents stretched forth in beauteous uniformity of lines, crowded with the young and the gay, and dazzling with scarlet; and, to complete the view, she saw herself seated beneath a tent, tenderly flirting with at least six officers at once.

It’s always been interesting to me how much the officers—and the Bennet family’s involvement with them—drove the story of Pride and Prejudice. In a way, the story’s climax (Lydia’s elopement with Wickham) never would have happened had Jane Austen not set the stage by introducing Lydia’s and Mrs. Bennet’s infatuation with officers early in the story and then built on it throughout the novel.

So decided to see for myself what the attraction was for a man in a red coat. I’ve collected some portraits and illustrations of British officers from about the 1790s to 1820s. They’re displayed on my new Pinterest board, which you can view here. I hope you enjoy it!